It's Been A While

I can't believe it's already the middle of July!

I'm still wearing the brace and doing therapy on my arm and wrist.  Regaining my strength and mobility has progressed much slower than I'd like.

I've only been able to hold a needle for short periods.  I started an ornament, but since I am only able to do a few stitches at a time, I haven't worked on it much.

I've also tried to crochet a little.  It's easier to hold a crochet hook than it is to hold a needle, but still not something I'm able to do for very long. 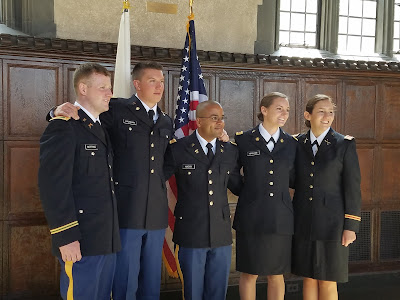 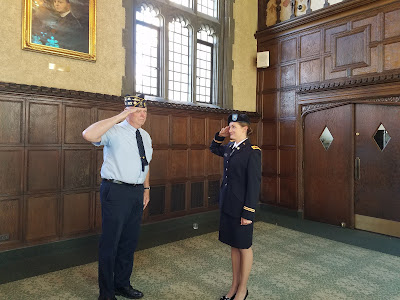 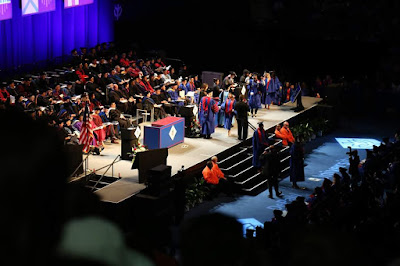 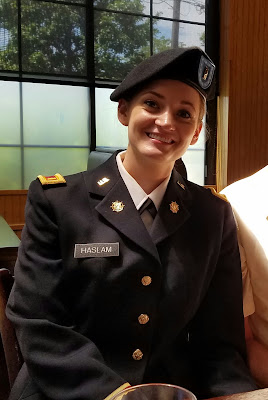 The Commissioning Ceremony was the first time I've seen my daughter in her dress uniform.
It was another one of those "mom moments" that brought me to tears. 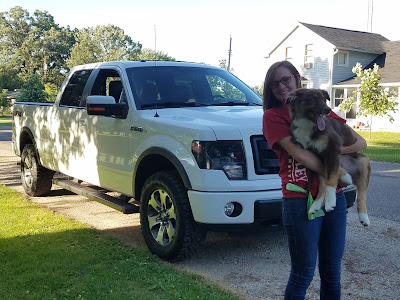 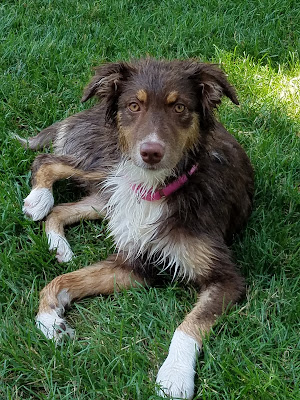 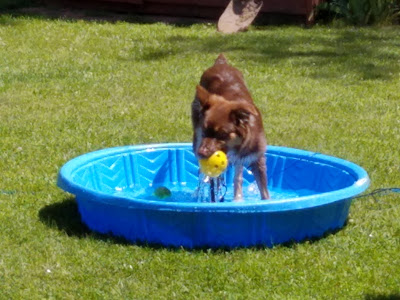 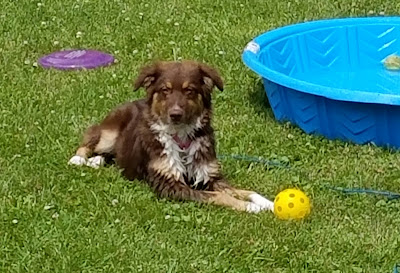 Hollie loves her pool and getting wet!

We were vacationing last week.  Lots of deer came to eat the mulberries from the neighbor's tree.
The first few times the deer came, Hollie only barked at them.
The deer are amazingly silent and tame.
We wouldn't realize they were nearby until Hollie would bark.
Dottie Dog didn't bark at the deer, but watched them intently. 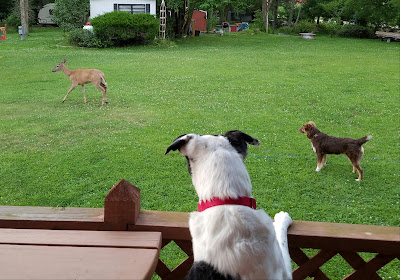 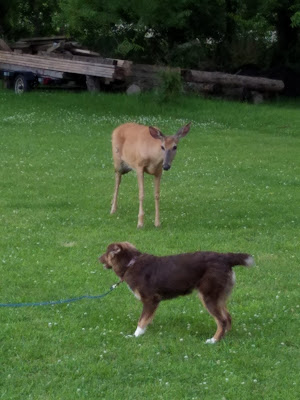 This deer is as curious about Hollie as she is about it.
They would get within feet of each other, back away, come back together,
back away and then get close to each other again.

Not much else to share with you -- kind of hard to believe considering how busy we've been.

Whatever season you're in right now, I hope it's going well for you.