I've been looking for this pattern/kit for several years.  There were a couple traveling patterns that were going around, but I was never lucky enough to be selected as the next stitcher.

I'd given up on finding the pattern after the traveling patterns disappeared.  Out of the blue, I decided to look on eBay and actually found an active auction for the LHN Summer Garden kit! 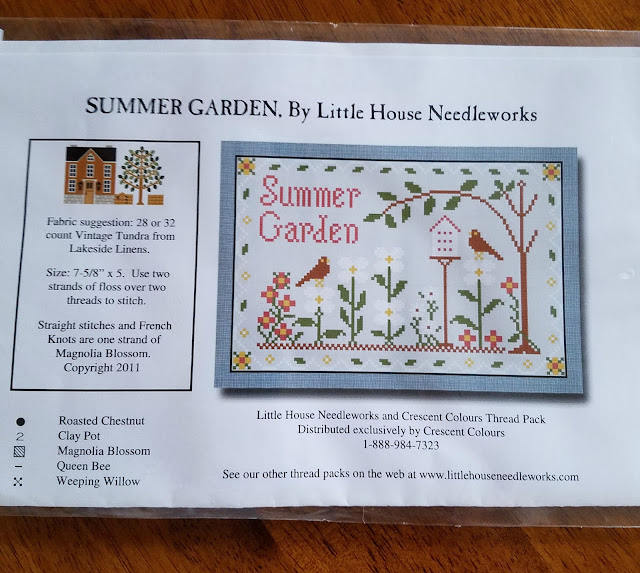 I'm so excited to finally have this kit.  The kit contains the pattern and Crescent Colours thread pack.   Now I just need to go through my fabric stash to find the perfect fabric.


Until next time,
Keep Stitchin'

Thank you for all the name suggestions!  We've named her Hazel. 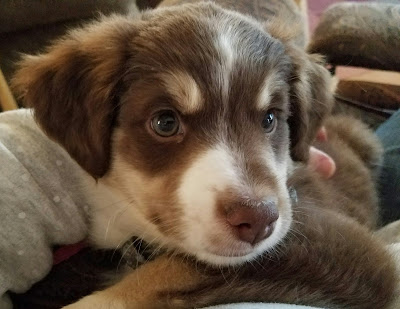 When Hazel was with her litter mates, she was described as shy and would often go lay down away from her siblings.  Since she's been in our house, there have been no signs of her being shy.   She is curious about everything around her and doesn't seem to be afraid of anything.

Hazel knows her name, comes when we call her, chases the tennis ball and brings it back, goes to the back door when she needs to go "potty" and sits to get a treat. 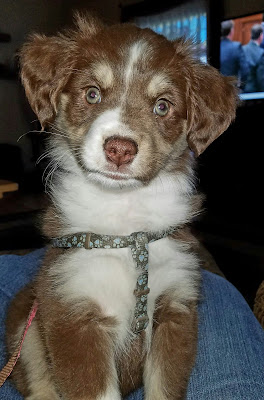 Dottie and Hazel are getting to know each other and getting closer every day. 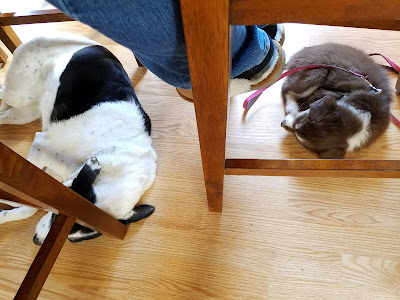 Spring must be coming... 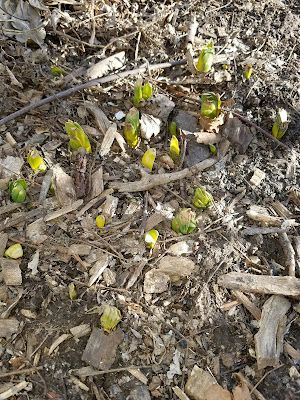 ...the Resurrection Lilies are coming up!  I've been hearing robins for several weeks, but I haven't actually seen them yet.

It was beautiful here on Saturday so we went for a drive.  We saw HUGE flocks of migrating birds in the sky.  I have never seen so many birds.  Even as we drove under one flock, ahead of us there would be another and another and another.  They looked like some kind of duck, but they were so high in the sky it was hard to tell for sure.  We saw one flock coming down in a distant field.  There had to have been thousands of birds landing in that field and the large white birds made the field look like it was covered in deep snow.

Since we were driving on the interstate, we couldn't pull over to take photos.  I searched the internet when we got home and discovered that we saw migrating Snow Geese.


Hope your week is going well
&
Be Safe

Remember in my last post when I told you about Dottie and how sad she's been without Hollie?

Well, Dottie has a new sister! 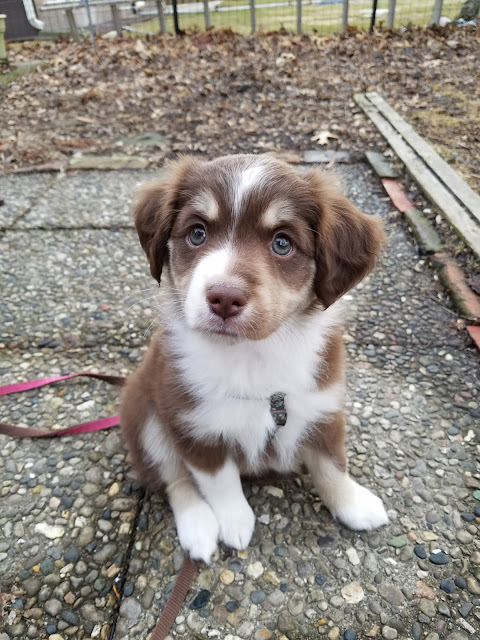 We need help in naming her and welcome suggestions!

Have a safe weekend!