Is March going out like a lamb or lion in your area?  Here in my part of Illinois, we had a calm, sunny day with temps in the 40's.

Between both Hubby and DD#1 having medical procedures, my own doctor appointments with more tests and the non-stop migraine, it has been a rough month.   Unfortunately, the migraine is still just as bad and nothing is breaking the cycle of pain.

Two weeks ago, we woke up to more than 5 inches of heavy, wet snow.  My photos don't capture the beauty of the snow and the dramatic looking sky, but as much as I dislike winter weather, I had to admit the snow and sky were beautiful!  It didn't last long and was mostly melted by the next day. 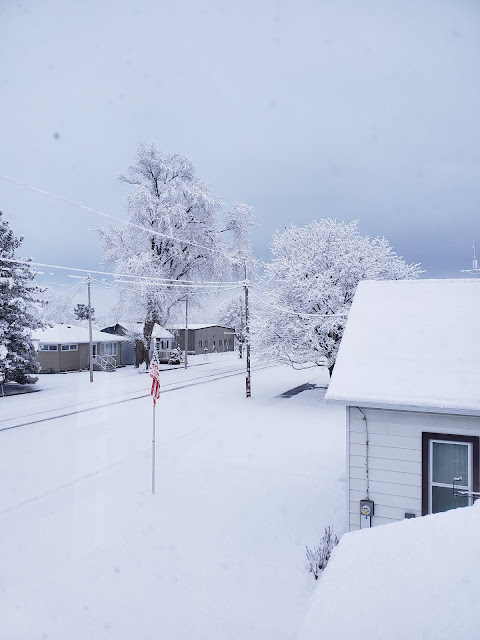 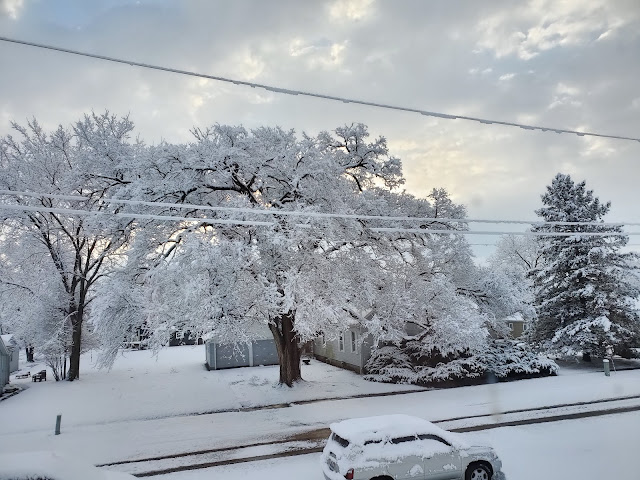 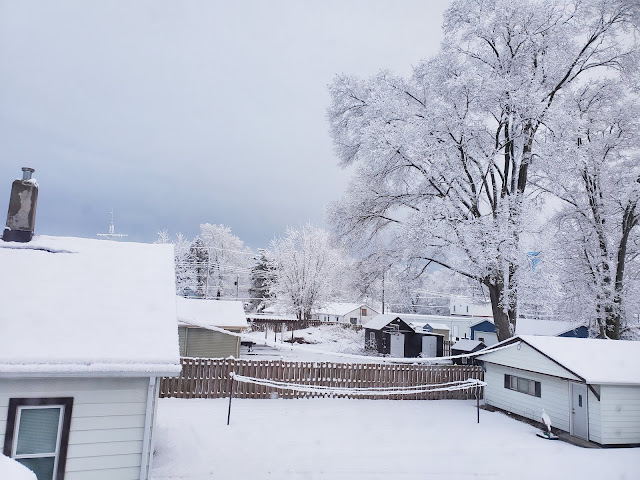 The triplets turned 1 on March 16th! 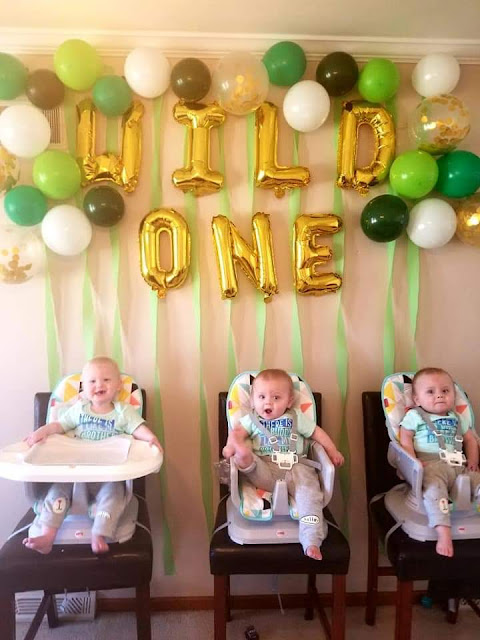 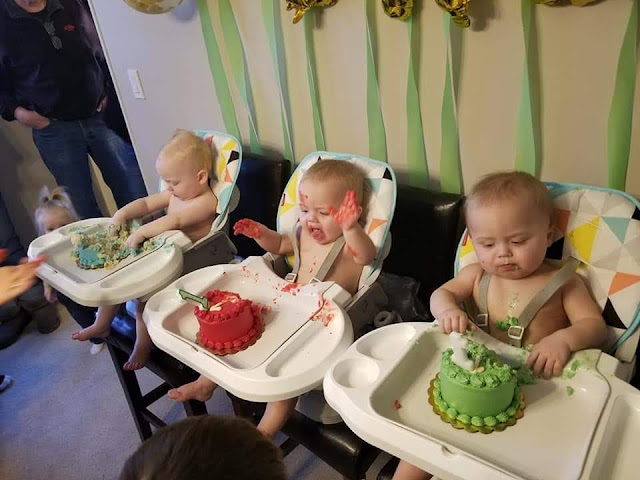 Last year, I helped a friend by painting more of the wooden butterfly wings and helped him sell them at several craft markets.  He has spent all winter making more wings, so I've been slowly painting again. 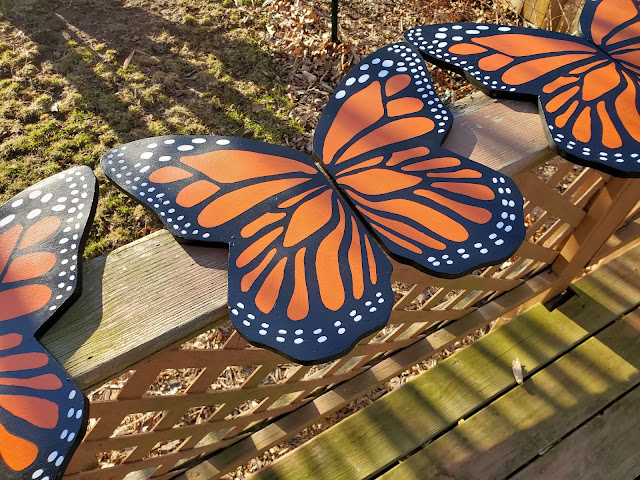 My friend has also made a new style butterfly as well as four different sizes of each.  He is planning on selling at three craft markets this summer and fall. 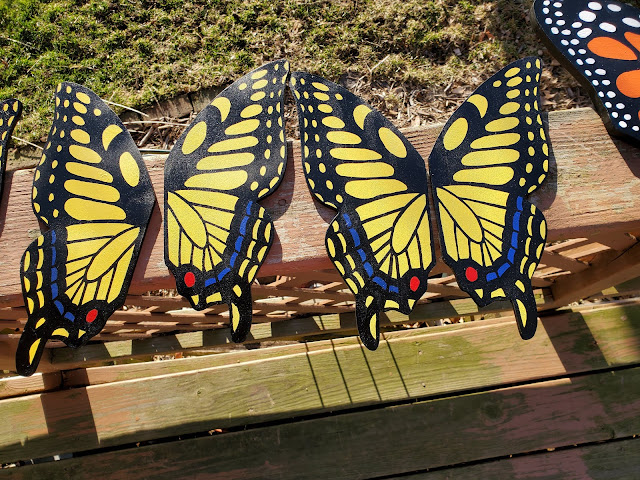 I have been stitching a little bit at a time, but have no progress to show.  I was able to knit another baby hat too. 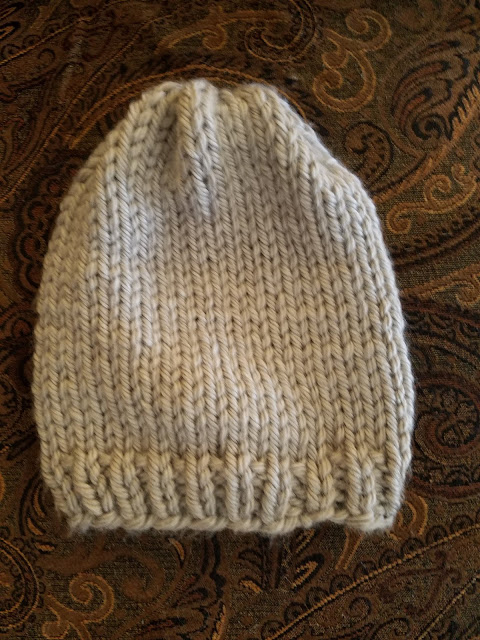 Snapped this pic of the pups the other day.  They thought I had food and were trying to get some, but all I had was a folded paper, lol. 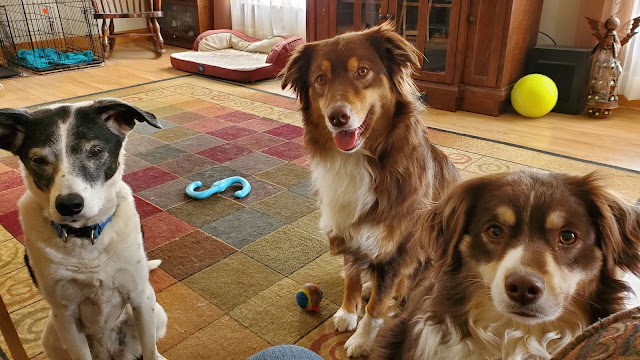 DD#2 is settling in and just went back to work after several weeks of leave.  She spent most of her leave just relaxing at her new home.  She volunteers at a local shelter and fostered Charlie, a senior dog with special needs, for a couple of weeks while he recovered from surgery.  DD said he was such a sweet, relaxed dog while he stayed with her. 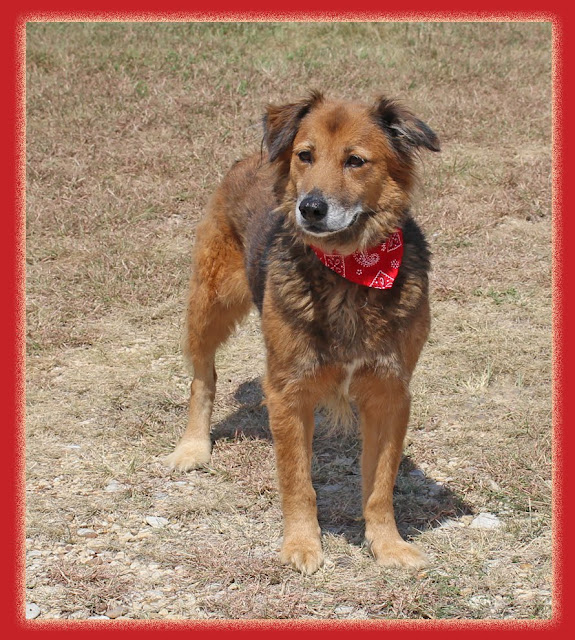 Hollie is still here with us for a while longer.  We're still making plans for visiting DD and taking Hollie to Texas.

Thanks for all your continued prayers and keeping us in your thoughts.  I owe some of you apologies for not replying to your comments on my last post.  I am sorry, with the constant migraine, I just didn't get much done since my last post.